Clinical status
On October 1, 2020, the Company reported positive top-line results of an investigator-initiated clinical trial of Allocetra in COVID-19 patients in severe/critical condition.

The clinical trial included five COVID-19 patients, three in severe condition and two in critical condition. All five patients had complete recovery from their respective severe/critical condition and were released from the hospital after an average of 5.5 days (severe) and 8.5 days (critical), following administration of Allocetra, at which time they were all COVID-19 PCR negative. There were no reported severe adverse events relating to the administration of Allocetra in the patients, and the therapy was well-tolerated.

Therapies such as plasma-based antibodies are typically administered to patients in moderate condition, whereas Allocetra was administered in the study to patients in severe or critical condition. The Company believes that Allocetra, if approved, could potentially cover the gap that currently exists in treating severe or critical COVID-19 patients.

Based on the positive results of the first five COVID-19 patients in severe or critical condition, taken together with the positive safety and efficacy results of Allocetra in 10 sepsis patients in a previous study, the Company has determined to shift recruitment of additional patients from the investigator-initiated clinical trial into a larger Phase II clinical trial of COVID-19 patients in severe or critical condition as soon as reasonably practicable, subject to regulatory approval.

Background
COVID-19, which is associated with the newly recognized virus SARS-CoV-2, has become a pandemic with mortality rate estimated at 1-3%. Complications among hospitalized patients are leading to up to 25% of admissions to ICUs, based on various reports. According to published literature, there are four major points in prevention and treatment of COVID-19:

Whereas much effort is given to Level I-III prevention and treatment, Level IV is mainly supportive thus far. The pathophysiology of COVID-19 patients who are admitted to the ICU and suffer from organ dysfunctions is not completely understood but uncontrolled immune responses have been described recently with a cytokine storm associated with organ dysfunction (Huang et al., 2020). In the related virus SARS-CoV-1, which has been studied more thoroughly, accumulation of pro-inflammatory monocytes/macrophages in the lungs is the predominant source of lung failure despite a progressive decline in virus titers (Channappanavar and Perlman, 2017). These cytokine storms and organ dysfunction have marked similarities to those observed in septic patients that are admitted to the ICU. Sepsis was shown to be a major complication of COVID-19 patients associated with increased mortality.

Enlivex Therapeutics, an Israeli clinical-stage biotech company, is developing a potential Level IV therapeutic for treatment of organ dysfunction and prevention of mortality associated with COVID-19. Allocetra-OTS, is currently in clinical trials for the treatment of organ failure associated with sepsis, and has demonstrated very good safety and significant immuno-modulating effect, leading to resolution of the cytokine storm, significantly shorter hospitalization in the ICU in comparison to historical controls and recovery from the septic conditions of all treated patients. Allocetra-OTS harnesses the naturally occurring activity of early apoptotic cells to induce an immuno-modulated state. Allocetra-OTS, as do naturally occurring apoptotic cells within the body, signals to the macrophages and dendritic cells to react less aggressively to immunogenic agents, thereby resetting the system towards immune homeostasis. This unique and novel concept enables a holistic solution to the hyper immune responses observed in clinically complicated COVID-19 patients.

Current management of COVID-19 is supportive, and respiratory failure from acute respiratory distress syndrome (ARDS, or ARDS like condition is the leading cause of mortality. A cytokine profile resembling secondary haemophagocytic lymphohistiocytosis (sHLH) is associated with COVID-19 disease severity, characterized by increased interleukin (IL)-2, IL-7, granulocyte-colony stimulating factor, interferon-γ inducible protein 10, monocyte chemoattractant protein 1, macrophage inflammatory protein 1-α, and tumour necrosis factor-α. sHLH is an under-recognized, hyperinflammatory syndrome characterized by a fulminant and fatal hypercytokinaemia with multiorgan failure. In adults, sHLH is most commonly triggered by viral infections and occurs in 3.7-4.3% of sepsis cases. The cardinal features of sHLH include unremitting fever, cytopenias, and hyperferritinaemia. Pulmonary involvement (including ARDS) occurs in approximately 50% of patients.

Accumulation of proinflammatory monocytes/macrophages in the lungs is the predominant source of lung failure despite a progressive decline in virus titers.

Of important note is the appearance of cytokine storms as a common mechanism driving the severity of the clinical condition of patients, whether SARS-CoV-1 , SARS-CoV-2, MERS-CoV or Avian Influenza (Tisoncik et al., 2012). Clinical features of highly pathogenic CoV infection in humans have been described in detail. The clinical course of SARS is described as having three distinct phases (Channappanavar and Perlman, 2017). The initial phase was characterized by robust virus replication accompanied by fever, cough, and other symptoms, all of which subsided in a few days. The second clinical phase was associated with high fever, hypoxemia, and progression to pneumonia-like symptoms, despite a progressive decline in virus titers towards the end of this phase. During the third phase, ∼20% of patients progressed to ARDS, which often resulted in death. Because of a progressive decline in virus titers, the third phase is thought to have resulted from exuberant host inflammatory responses. A recent analysis of COVID-19 in Wuhan, China (the source of the outbreak) showed that patients with organ dysfunction as measured by higher SOFA (Sequential Organ Failure Assessment) score are at greater risk of dying from the disease. All 54 patient who died had sepsis, and 38 (70%) had septic shock (Zhou et al., 2020).

Therefore, an effective treatment that can ameliorate a cytokine storm and resolve exaggerated immune response and organ dysfunction can be an appropriate therapy stored in inventories of leading hospitals across Europe enabling better preparedness upon immediate need to treat patients suffering from a pandemic infection that are hospitalized in ICUs with deteriorating states of organ dysfunction, resulting from either COVID-19 or other future pandemics associated with different viruses.

On October 13, 2020 Enlivex reported that the Israeli Ministry of Health authorized the initiation of a proposed investigator-initiated Phase II clinical trial evaluating AllocetraTM in severe and critical COVID-19 patients. The planned COVID-19 study is a multi-center investigator-initiated, Phase II clinical trial. The trial is expected to recruit up to twenty-four COVID-19 patients in severe or critical condition, and is designed to assess AllocetraTM in combination with standard of care treatment. The trial plans to evaluate safety, tolerability, cytokine profile and efficacy parameters. 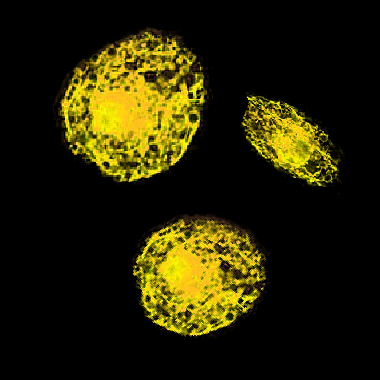